Ozone is a tiny molecule which is composed of three oxygen atoms. It is considered “natures deodorant”, so an ozone system is one of the best ways to get rid of bad odors. It will not only clean the space from pet smells but other unpleasant odors caused by fire, water damage, mold and mildew, and others.

Alpine ozone machine is one of the best to remove odors.

There are several versions of ozone generators:

Minor odor problems can be solved by homeowners who use their portable ozone generator and moves it rooms.

But if the problem is huge, there are 3 ways to fix it:

So if there are issues in your home that you can’t solve with popular cleaning methods you may consult a professional who deals with ozone treatments as a way of odor removal.

How is an Ozone Machine able to Remove Odors from Houses, Cars, and Clothing?

In fact, ozone destroys the reason for unpleasant odors – spores, bacteria, and molecules. O3 is a combination of atoms that has high reactivity. The atom of oxygen in the ozone comes into contact with other molecules and chemically changes their structure creating new ones.

One reasonable benefit of ozone treatment – it is effective because this gas effectively cleans any place where air can go:

When Can Ozone Be Useless?

There is some controversy over the effectiveness of ozone as an odor remover. The information taken from Environmental Protection Agency’s site says that “there is evidence to show that at concentrations that don’t exceed public health standards, ozone is not removing odors from a home, but it is effective at eliminating many odors caused by chemicals.”

If used at amounts that do not exceed health standards, O3 applied to indoor air pollution does not effectively remove many kinds of viruses, mold, bacteria, or other pollutants of biological nature. That’s why during this process people, pets, and even plants can’t stay in the room as the high level of O3 can harm lung health. You should remember that even low amounts of ozone can cause pain in the chest, breathing problems, coughing, and, irritation of the throat.

It is highly possible that some odorous chemicals may react with ozone. When it was mixed with chemicals from a new carpet, the ozone reduced many of the chemicals but created a variety of dangerous organic chemicals in the air. After ozone treatment open the window for some time before entering the room. 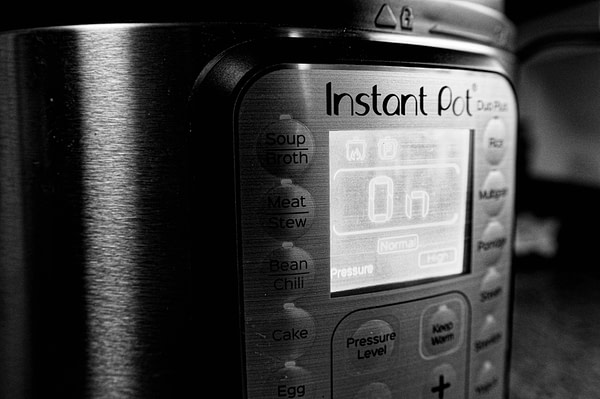 An Instant Pot – Everything You Need to Know

Successful Using an Ozone Generator in a House

We use cookies to ensure that we give you the best experience on our website. If you continue to use this site we will assume that you are happy with it.Ok